Petoskey is the Newest Part of Wine Country 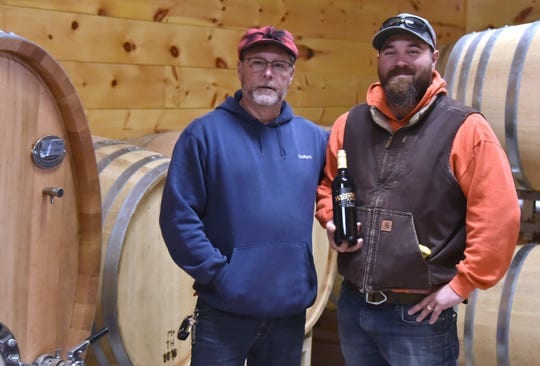 When the Mackinaw Trail Winery began planting rows of grapevines amid the gently rolling hills along Route 131 south of Petoskey several years ago, a designated wine trail was not part of this inviting up north landscape of woods, lakes and rivers.

But that is changing.

A growing number of wineries are sprouting up in this land hugging Lake Michigan’s Little Traverse Bay, a region made famous by Ernest Hemingway’s “The Nick Adams Stories,” complementing the idyllic scenery, postcard-perfect resort towns — Petoskey, Charlevoix and Harbor Springs — and outdoor pursuits that have made the region a vacation destination.

What makes this wine region different from others in Michigan is that vintners here are not focused on European vinifera, the wine grapes most of us know: chardonnay, pinot noir and merlot. Instead, they’re primarily growing hybrids, mostly developed by American universities, to withstand the brutal winters of northern climates. 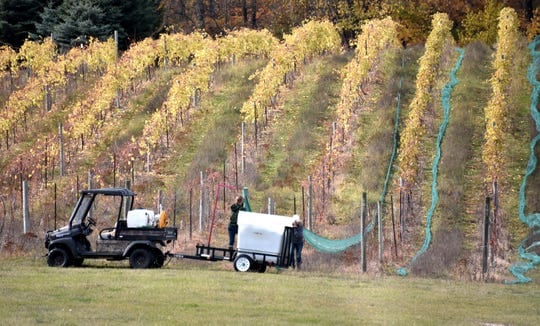 It’s cold-hardy grapes such as Marquette, a red varietal, that the region is embracing and that are putting Petoskey on the Michigan wine map. Its characteristics can vary, depending on how it’s made, but common flavor notes are red fruits, cherry and plum, and black pepper.

Also helping to uncork the region’s potential is a change from the original trail name, as well as more aggressive marketing. The former name, Bay View Wine Trail, referring to Little Traverse Bay, didn’t quite resonate with a lot of people; almost any coastal area of Michigan boasts a bay view. Petoskey has name recognition.

The region has grown to include 17 wineries (and more are on the way). They’re a collection of mostly small, family-owned wineries spread amid the bucolic countryside surrounding Petoskey. They run the gamut from mom-and-pop operations to farmers-turned-vintners to bigger producers like Mackinaw Trail.

Read more on this story here!